What Makes China Laugh? Cutting up with Kung Fu Komedy

“China has 5,000 years of comedy…and the Ming Dynasty is the funniest,” proclaimed humor historian and author Christopher Rea at our recent event exploring What Makes China Laugh?

Comedy routines aren’t new in China: Xiangsheng (相声), for example，a sort of Abbott and Costello “Who’s On First”-type model, has been popular in Beijing since the late Qing dynasty in the middle of the nineteenth century. But a new type of one-man stand-up comedy is blossoming. Yang said her parents, concerned about their unmarried daughter going every night to bars, were at first impressed—then disappointed – when they came to see her perform: “The audience are all men,” they said enthusiastically, “but they have no money!”

Being a foreign comedian in China adds an additional level of difficulty—and fun. “People assume my life is not like theirs,” Jesse, an American living in China, said. “I have to do serious things to get a laugh and surprise with the punchline.” Always viewed as an outsider, Jesse explained that “there are things foreigners are not supposed to know. If they do know it, that is the [entire] joke. [I had to] invent fake Chinese friends [who could share the initial story with me] so the audience would listen to the second part of the joke.”

And what about censorship? Are certain jokes verboten? The comedians agreed that politics is best avoided. “[Doing off limit jokes puts at risk] the [entire] comedy scene. It is too charged and there is a sense of paranoia,” said Joe, whose Shanghai comedy club nonetheless was closed by the government when it became increasingly popular.

So what else about humor through the dynasties? The Han Dynasty, according to Rea, “was pretty funny.” The Qin Dynasty, whose emperor united the country but also burned books and buried scholars? “Definitely not funny.”

For those in attendance at China Institute? FUNNY!


See photos from the event: 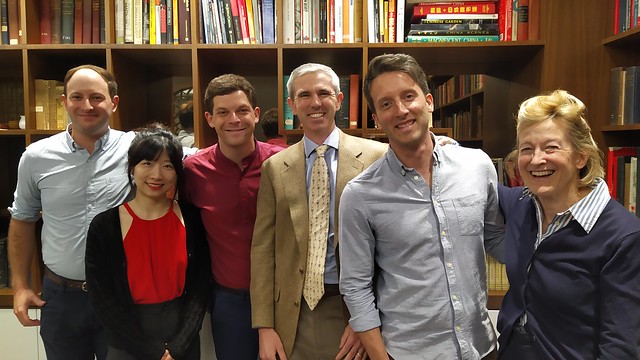